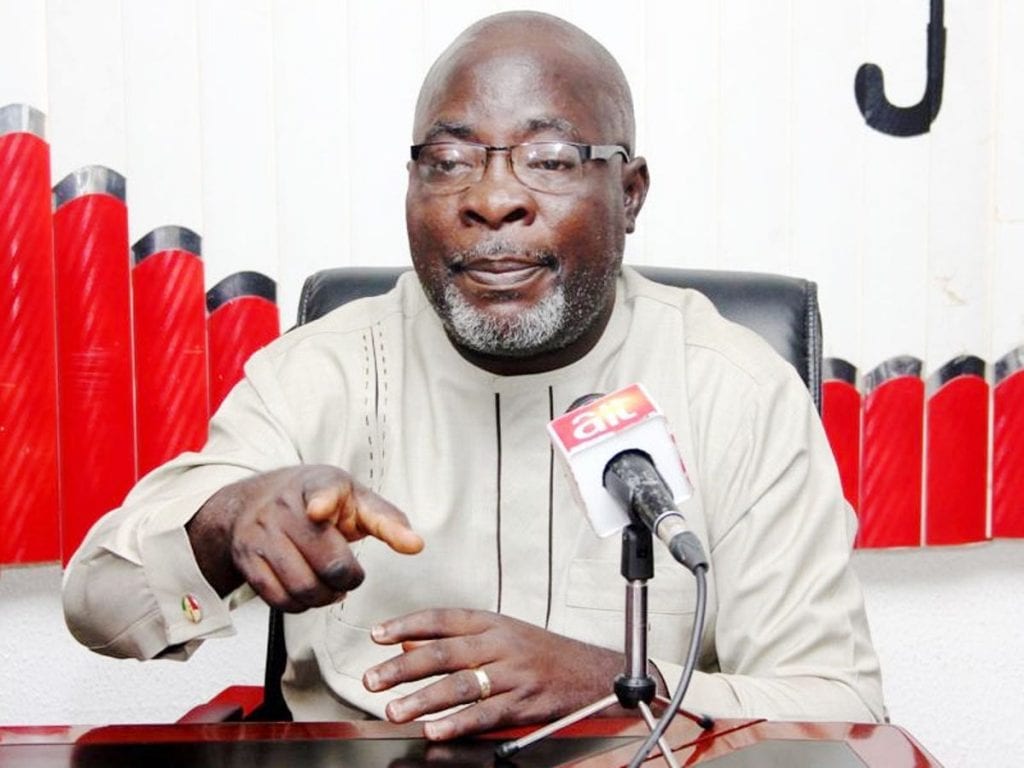 The opposition Peoples Democratic Party, PDP has reacted to the arrest of #OccupyLekkiTollGate protesters, stating that Nigeria is collapsing under President Muhammadu Buhari’s Watch.

The Party, in a statement made available to POLITICS NIGERIA, signed by its national publicity secretary, Kola Ologbodiyan, called for ‘urgent’ action to restore the unity of Nigeria.

“The Peoples Democratic Party (PDP) expresses deep concerns over the rising sectional disagreements and violent conflicts in various parts of the country, which are being exacerbated by the insensitive, divisive and parochial approach to governance by the Buhari-led All Progressives Congress (APC) administration.”

“The party laments the escalated sectional conflicts in various parts of the country; the bloody ethnic clashes currently raging in Ibadan, Oyo state in addition to similar clashes recorded in Benue, Taraba, Kogi, Plateau, Kaduna, Kano as well as other states of the federation.”

“The PDP calls on President Muhammadu Buhari to note that the once cohesive and economically thriving nation handed over to him in 2015 is fast collapsing in his hands due to his failure to effectively manage the economy, inability to administer the complex political and sectional nuances of the nation as well as manifest lack of capacity to confront terrorists, bandits and kidnappers ravaging our country.”

“Our party grieves that under the anti-democratic and anti-people proclivities of the Buhari-led APC administration, our once thriving country has come under grave tension to the extent that citizens have become nervous, agitated, lost faith in the polity, with individuals, communities, states and geo-political zones resorting to self-determination as a way of survival.”

“It is indeed distressing that the Buhari administration cannot handle the fundamental responsibility of government; to guarantee the security, safety of our citizens as well as peaceful co-existence and stability of our nation.”

“From Lagos to Borno, Oyo to Ebonyi, Imo to Katsina, Plateau to Osun, Benue to Kano; indeed across our nation, the tension is palpable; Nigerians are losing confidence in government. The corporate existence of our nation, which patriotic citizens have been laboring for, is now being threatened.”

“The PDP urges President Buhari to wake up from slumber, end the divisive tendencies of the APC administration and without further delay, take urgent steps to guarantee peaceful co-existence in our country by ensuring strict adherence to extant provisions of the 1999 constitution, especially regarding our federal structure and sensibilities.”

“While calling for calm and vigilance, our party charges President Buhari to take steps to unite the nation by ensuring justice in the face of infractions against our federal sensibilities as a people.”

“The PDP stressed that the nation is already distressed by unbridled violence, wanton killings and bloodletting by terrorists, bandits and, kidnappers, who the Buhari administration has failed to contain, and cannot stand the trauma of sectional conflict at this critical time.”